skip to main | skip to sidebar

I read the novel of The Road, and as far as adaptations go this one just about has everything you'd expect. Except maybe minus the disturbing burnt baby parts. If you read it then you know what I mean, and if you hadn't then maybe you get the idea of how brutal Cormac McCarthy's apocalyptic vision of the future really is. Nothing is sacred. Director John Hillcoat this time takes the helm, and considering his last project The Proposition left me reveling in a nihilistic sense of who-in-this-world-cares-anymore, it only seems natural that he tackle the darkness of a world depraved of light.

No real explanation is given for why exactly the world has turned its dial to crap mode, although it goes without saying that just about anything could be the cause. I blame Tyra Banks. Trees stand barren and dying, cities collapse in ruin, and all creatures wasted in the ditches. The Road, unlike films like 2012, opts to focus in on the journey of one man and his son as they make their way to the coast. Why they're heading there? Well, why not? This story is one that highlights that journey towards the ever receding horizon. Sometimes it takes a journey to realize that the horizon lies wherever you happen to be standing.

As a film The Road realizes this apocalyptic world with a sense of complete immersion. It's very real, and as such, it's also very scary. On the other hand, I do think the film could have been even scarier had it focused in just a little bit more of the details depicted so vividly in the book.

I find that Cormac McCarthy is a brilliant screenwriter who just so happens to publish his works as novels. He takes time to show his world and characters through their actions. So I found the films use of narration to be unnecessary. In terms of acting, the characters seem real until they occasionally speak in unusual formalities. I didn't find myself connected to them as deeply as I did when I read the book, but perhaps my experience in reading it tainted my experience in viewing it. I will at least say that by the end of the novel I had tears in my eyes, this time I was just being reviewed.

To others, I'd recommend you pick up a copy of the book, and then, if you have the time, maybe head over here and we'll play Fall Out 3 together.
Posted by Zack Newcott at 9:03 PM 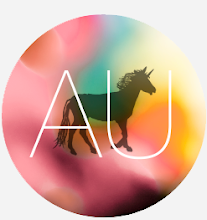 Reviews of Things I Watch

You need to friend me on Facebook. I need friends.

To keep the unicorn from going extinct...

Crafty Things I Made